Happy Easter folks! How are you celebrating?

For us in Dubai, Easter is like celebrating at home but slightly warmer. Hiding chocolate eggs in the garden requires precision and fast kids in order to avoid any melting disappointments.

And on that subject. Disappointment. My husband came home the other day with a box of chocolate and was bragging about what a gentleman he is, getting me an Easter and all. He smiled at me while he carried it in to the kitchen. “For you my love”.

Now you are thinking, how thoughtful he is.

So did I. Until this morning when I discovered this: 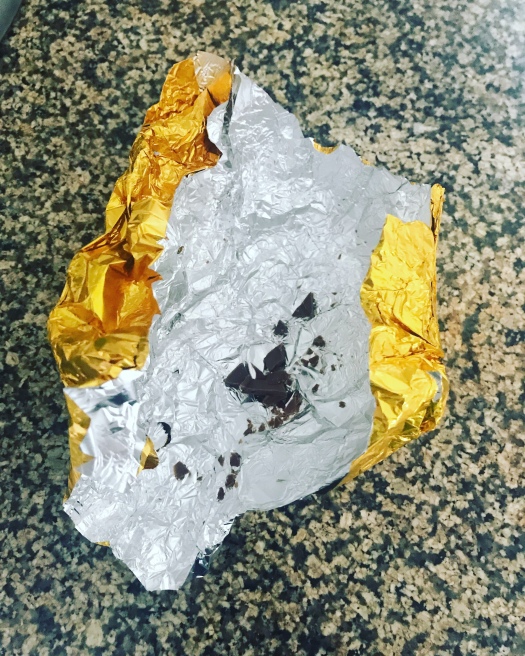 I looked up and over at my husband and asked him what happened.. He just said “I saved you some”.

When you live in a very sunny country and you just want your child to wear the damn sunglasses. Obviously she is taking them off all the time to throw them somewhere or to eat them. Solution? A baby spring roll!

No hands were hurt in the making of this picture.

Yes, its slightly cold in the mornings. Around 20 degrees C (68 ish Fahrenheit). And yes, we can’t survive low temperatures anymore. The desert has weakened us.

My friend just had a little baby a few days ago and it’s so fantastic, beautiful and overwhelming. I have therefore prepared some unsolicited advice for new parents. This also goes for babysitters. 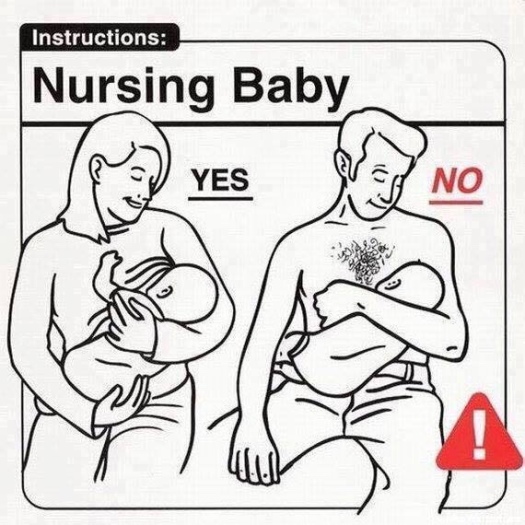 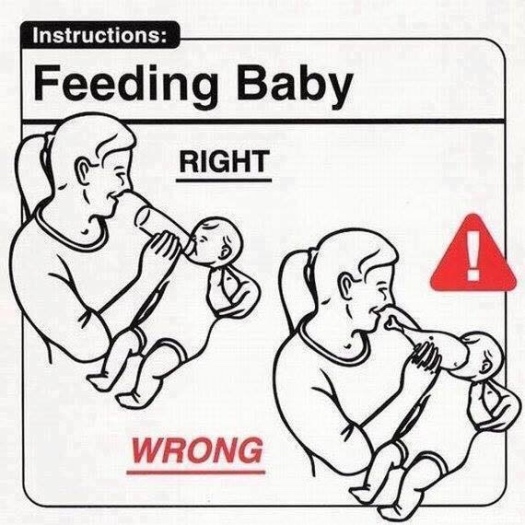 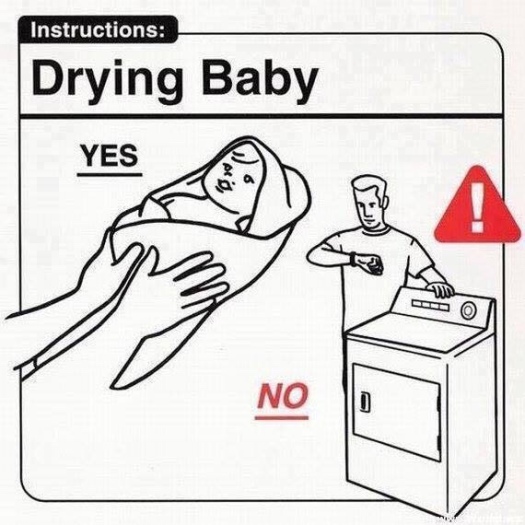 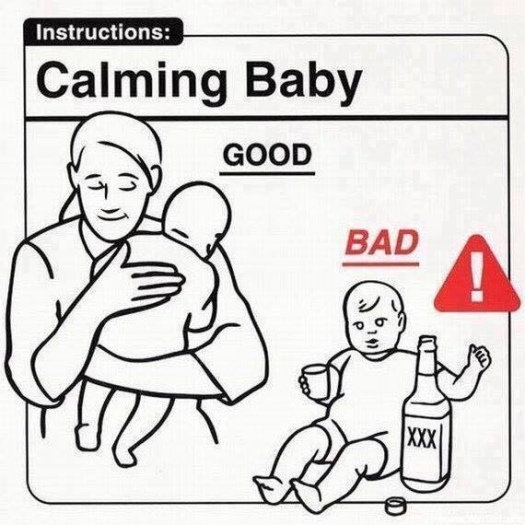 I have always been fascinated by other cultures and I love to sit down with people I never met and just ask them everything about their life. It’s important to stay curious and it’s so interesting to listen to other people’s lives, how they grew up and what daily life can look like in a different part of the world. I have therefore started my own little interview project that will be published here on the blog. I will interview people from different countries and background, obviously with my own extremely smart questions and we will take it from there.

Why Syria and Mohamed?

Because when I first started traveling to the Middle East 2011 I had Syria on my top of my list of countries that I wanted to visit the most. Unfortunately we all know what happened and it’s a very sad situation that we all wish will end sooner then later. I want to focus on Syria before the war and from a positive angle. A lot of people have left the country but the country hasn’t left the people. I want to hear what’s in their history and in the hearts.

And Mohamed! Obviously because he has such a nice and thought through blog and shares the same interest as me when it comes to being curious about other cultures and countries. He loves Sweden apparently so that’s a plus. I love the fact that these answers are not only from Mohamed but his family wanted to take part as well.

Please enjoy my short and sweet interview and the beautiful pictures that Mohamed has provided. Does it make you hungry? I’m going out for hummus now!

Thank you very much, Miss A, for giving me the opportunity to talk about Syria on your wonderful blog. Please note that the following answers were prepared by my whole family. We sat together for an hour or some drinking coffee and answering the interview’s questions 🙂

Q: Pretend it’s 2010, a time before the war started. What would you tell a tourist to do in Syria?

A: We hope the war ends soonest, so we can invite you all to visit Syria – a beautiful Mediterranean country. Every part of Syria has its own charm. We have deserts, mountains, ruins and cultures, coastal areas and green areas across the country. I need many posts to cover them all. However, I’m going to mention two places for now in Damascus: Old City and Bloudan.

You may visit my Syria’ album at Flickr on:

Q: According to archeologist the Syrians have been drinking beer and wine for 4000 years. That makes me think I might be Syrian. Tell us more.

A: Damascus is the world oldest capital where the most delicious wine is made. Syria has the best grape vines, olive trees, and citrus fruits. Fresh grapes and citrus juice, or even barley juice, can do it for non-alcoholics. P.S., some argue that Damascus is the oldest city ever.

Q: Is it correct that Syria used to be famous for having the most beautiful railway stations in the world?

A: Hijaz station is the oldest railway in the area that is connecting Makkah with Damascus. As they are old and usually pass through beautiful places in Syria, trains are very suitable for families’ gathering; they are used mainly for the sake of fun and picnics. 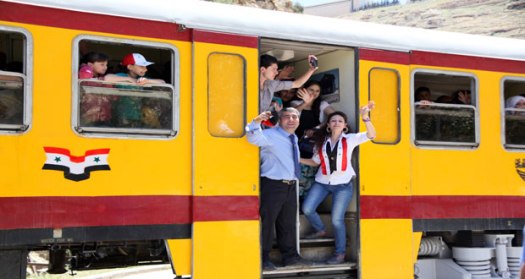 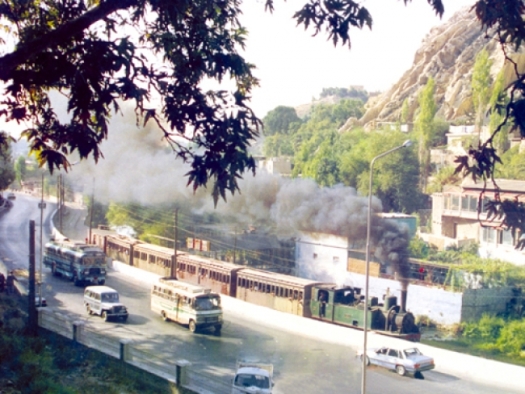 Q: If you had to choose, which animals would the Syrians be if you weren’t humans and why?

A: Syria is very famous with the variety of dishes. Most of them are complicated and prepared on multiple levels until the final dish be ready. I consider Ozzie a weird food; baked dough stuffed with rice, meat, peas, and nuts!

Q: In Sweden we take out shoes off when entering a house. What kind of customs do someone that hasn’t been to a Syrian home need to think about before entering?

A: Oh my God, we do the same! All are to take shoes off before entering the house – often. Guests sit in the place assigned to by the hosts in a specific room (guests room). Appointment for visiting isn’t required in general; however, we ask for permission before entering… When food is offered, guests should have some (at least).

In general, all Syrians have the mentality of hospitality. If the invitation is for meal, the food should be home-made prepared by the land lady. To celebrate the guests, the host’s neighbors, friends, and family members might be invited to attend the gathering too.

There are morning gatherings for house wives on a periodic basis and usually they’re served by light delicacies. Female neighbors, even if they are foreigners, could expect an invitation. Relatively in weddings, the family of the bride and bridegroom usually welcome guests for 7 days after the wedding or after the newly born babies. P.S., wedding parties, originally, are not mixed – one party for men and a sperate one for women.

Q: Who wins the hummus war? I understand this is a sensitive question between Syria, Lebanon, Israel and Jordan.

A: Hummus was originated in the Levant – centuries ago. The Levant (was referred to as Greater Syria) consists of Syria, Lebanon, Palestine, and Jordan. Each of which has its own tasty recipe of making this traditional dish.

Q: The Syrians seems to be extremely social. Why is that? (This is a very Swedish question as we are not really known to be super social)

A: It’s in our blood. We are connected and very interrelated to the max. We share happiness and sadness with all our neighbors, families, and friends.

For example, in marriage, the family of the bride might collect information about the bridegroom’s profile from his neighborhood before giving the final acceptance. Another example is when you ask someone in the street about the direction to some place; they might not leave you until they make sure that you reached your destination. Furthermore, we might also offer advices even without being asked for…

Thanks for reading and hope you learnt something about Syria. You can find Mohamads blog here and previous blog post we have done together before, about Sweden, can be found here.

Got it slightly wrong on Instagram today but hey, at least it’s great news. 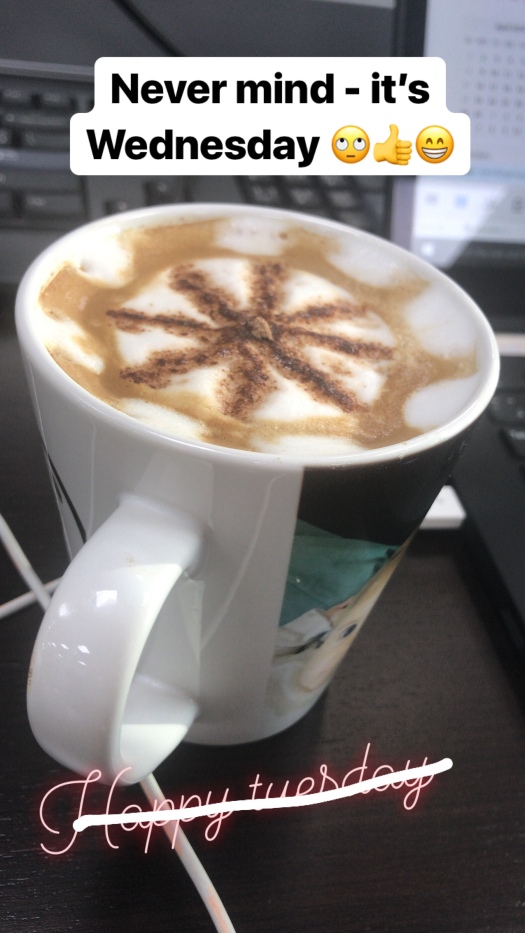 Has anyone discovered the art of making stuff in a Kitchen Aid? I bought this nice machine to help me make awesome food. Well, maybe it was more of “Oh, that’s a cool thing. Oh, it’s super heavy as well. Perfect. And I have no room for it. Let’s buy it!”

So the other day I realized I have owned it for over a week without any use for it so I decided that I would make an omelet. Something that would be so much easier to just do with a bowl and a fork. But hey, why do that when you have a huge and heavy machine thing for these kind of things and let’s do more dishes than necessary.

I put in eggs and cream and then thought let’s go wild with some veggies. In with some tomatoes and maybe this was when I realized that a kitchen aid comes with a little plastic lid for a reason. The cherry tomato I dropped in to my mix flew out as fast as I could say “cheese” and splash landed next to my dog that was laying on the floor. My dog lifted her head and looked surprised and the small, red thing next to her and then at me. I said sorry and explained that I didn’t read the instructions yet. That’s something I always do after I use any kind of technology to ensure adventure in life.

Yesterday I made pizza. I’m going to spare you the details as this is blog is not going to be a cook book any time soon but I can tell you that the slippery little sucker (the dough) tried to escape. It also turned it to strange shapes and I had to R rate my kitchen from my child.

No dogs were harmed in making of the pizza.

We have been to the North Pole the last week. Or maybe it was just Sweden but due to our lack of socks and winter clothes in general, it felt like we had been taken to the deepest part of Siberia. I also noticed that it’s when you put jeans on that you realize how fat you actually are. Can I still blame pregnancy kilos a year after the child was born?

It’s always great to go home when you are living abroad. You get to meet everyone that you miss so dearly and after a few days you also remember why you don’t live there anymore (just joking, mum). But when you come from a part of the world that is as dark as under a shoe during the winter and you can’t feel your thoughts after ten minutes of being outside, it’s not so strange that you decide to reside slightly more south. I still think snow is cozy. Too look at. In pictures. On my phone from a beach in Dubai. 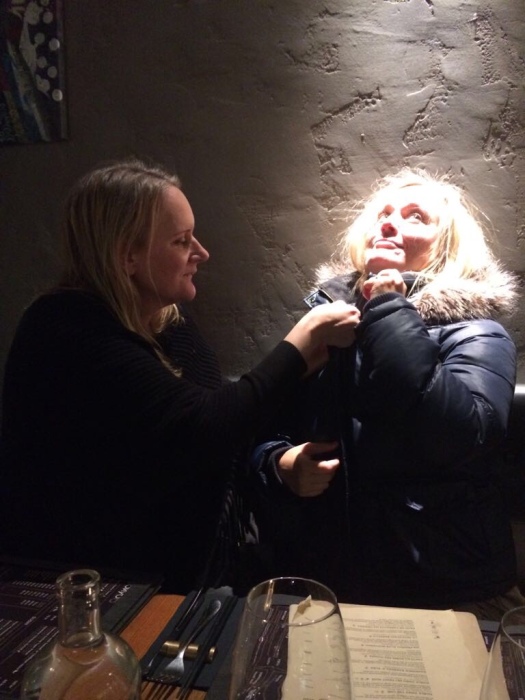 This picture sums up my week. Not only did it take an hour to get dressed to go outside but once coming inside again, I couldn’t get out of my jacket either. Luckily I had mama friends that are used to zippers being stuck and saving three year olds from these scenarios. I would say mums are just as handy to have with you anywhere you go as doctors are. Clearly God was shining his light on me as well. Something like “Go towards the light” came in to mind but I resisted the urge. I have so much to live for. It was just a jacket, God! Yes, I did feel like I was going to suffocate but I thought “today is not the day”.

And then we had sushi and drank wine.